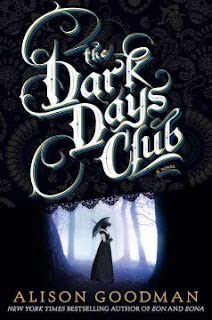 The Dark Days Club is Pride and Prejudice meets Sherlock Holmes with a dash of the supernatural, with more action to come in two more books. It’s early 19th century London, and Lady Helen Wrexhall is eighteen and on the eve of her debut presentation at the court of George III. In Regency England, “Queen Charlotte—after a two-year hiatus—returned to the practice of holding drawing rooms for the presentation of young ladies into high society. A battleground of a different kind.”

Lady Helen is the daughter of parents accused of treason, especially her mother, Lady Catherine Hayden. She lives with her aunt and uncle who hope to arrange a suitable marriage for their niece without the past stain of her family. They also hope it is the Duke of Selburn, but the Earl of Carlston suddenly appears from being abroad, a disreputable character with a dark past and knowledge of her parents. He is the one who introduces her to the Dark Days Club, an underground organization that keeps otherworld and dark forces in England at bay.

When mysterious disappearances and deaths start to occur, beginning with a serving girl in her own household, Lady Helen is keen to investigate, but at the same time must maintain a presence in the society circles and not be seen unchaperoned around the city…or worse, in the company of strange people. As her hearing sharpens and her reflexes quicken, she must handle society, suitors, and forces she does not understand. Can she make a suitable match and lead a double life fighting for the Dark Days Club?

Goodman is an expert on the Regency period in England, so while The Dark Days Club has elements of fantasy, it is also firmly rooted in fact, which gives this book an edge. A fun read that will have you waiting expectantly for the second in the trilogy!