Interview Session with Nicholas Gannon: The Doldrums and the Helmsley Curse

Two years ago, I read The Doldrums, a book that made me think of all the classic friendship stories that I read as a child. Now, with the second installment in the series, I interview Nicholas Gannon, author and illustrator of The Doldrums and the Helmsley Curse, available for purchase now. 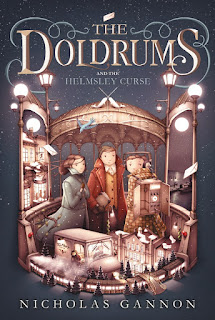 Welcome to Twenty by Jenny, Nicholas!

Where are you from, and where do you currently live now?

I spent most of my childhood wandering the frozen tundra of Minnesota where the temperature once reached -63 degrees. I now live in Brooklyn where temperatures are more hospitable.

When did you start writing and illustrating books for children? What were you doing before that?

The Doldrums was my first book. I began creating the world in 2008. During that time, I worked briefly at an animation studio, was fired and moved on to a construction gig, building homes in upstate New York, and then finally, was gainfully employed as a production assistant for a law publisher in Manhattan. It’s amazing what you can do with an art degree.

In your own words, tell me a little bit about what The Doldrums and the Helmsley Curse is about, and what new characters we might be introduced to.

At its heart, The Doldrums is a story about friendship and family within the context of a peculiar world of explorers. Archer's grandparents, the renowned explorers who'd mysteriously vanished atop an iceberg in book one, are finally home, but there are many secrets to uncover and questions to answer. 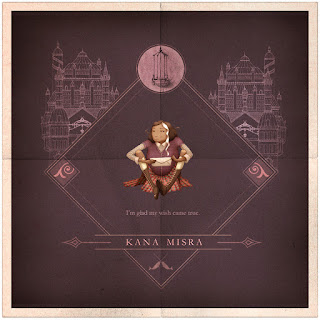 Book two has a slew of new characters. Most notably: Diptikana Misra, who you might know from the first book as ‘Girl Vanishes Down Wishing Well;’ Benjamin Birthwhistle, a budding young botanist whose father took over as president of the Society when Archer’s grandfather vanished (which doesn’t sound sketchy at all); and Darby, a Society Greenhorn, which is just a fancy title for a student of the Society and a future explorer.

What is the Society based on, and if you belonged to it, what do you think would be your field of exploration?

The Society is based loosely on the Explorer's Club in Manhattan. It’s an active club (members include astronauts) in a fantastically old building filled with artifacts from old expeditions and taxidermied animals. During my first visit to the Explorer's Club, I saw an old lady stuffing letters into envelopes. I thought nothing of her at the time, but a few minutes later, my guide informed me that she was the first woman to cross the Sahara Dessert alone on camel back. She actually had two camels but was starving and had to eat one. It's an incredible place.

If I were a Society member, I would be in the jungles division. Rainforests are nothing if not magical.

What was your favorite scene to write in The Doldrums and the Helmsley Curse?

The most enjoyable scene to write was the uproarious holiday party at DuttonLick's sweetshop. The store is overflowing with sugar high students falling from balconies, dancing to music, and wreaking havoc on Mr. DuttonLick’s house of confection. It's a Yuletide blast. And that's to say nothing of the fact that some of the chocolates students are gobbling up have been secretly contaminated with Doxical Powder—a substance from the Society that will turn you into your opposite for a short time.

What illustration was the most fun to create in The Doldrums and the Helmsley Curse?

The most enjoyable illustration to create was the opening scene, where Oliver and Adélaïde are walking down Howling Bloom Street to mail a letter to Archer. It took a good deal of time make and while I wish the windows had a bit more detail in them, it's one of my favorite images in the book.


What is the inspiration behind the city of Rosewood?

I didn’t realize this was going to be a hit piece… Alright, well, to be safe, I’ll agree with Adélaïde. Snurples might sound too much like a disease so it’s a twisted caramel for me.

What are you currently reading?

Wolf Wilder by Katherine Rundell and my is she a talent.

What were some of your favorite books as a child? Any influential authors, illustrators, you name them.

The first book I ever read cover to cover was Matilda by Roald Dahl. More importantly, it was the first book that I ever loved. Other childhood favorites include The Chronicle of Narnia by Lewis (specifically The Horse and His Boy and The Magician’s Nephew), and everything by E.B. White.

What do you love about writing and illustrating books for children?

I’ve always been fascinated with the idea of creating a world and filling it with characters. I imagine it’s not dissimilar for hobbyists who build those massive mini train worlds. You can do this with any kind of book of course, but I think it lends itself especially to works for children.

I’m currently working on an illustrated project for two other authors. And, the continuation of the Doldrums. 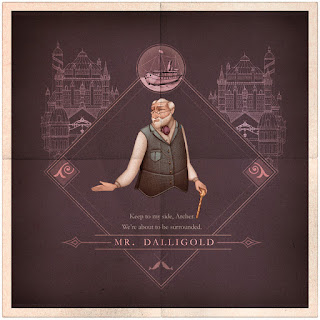 Thanks very much for stopping by Twenty by Jenny, Nicholas!

And for those of you interested in entering a GIVEAWAY of BOTH Doldrums Books, here are the rules:

* You must live in the U.S., Canada, or the U.K.
* The giveaway contest will end November 30, 2017 at 11:59 p.m. E.T.
* You must follow @doldrumspress and @20xjennybooks on Instagram.
* Tag a friend in the comments of this photo.
* There will be THREE giveaway winners! Three sets of Doldrums Books!