The Sun Is Also A Star by Nicola Yoon 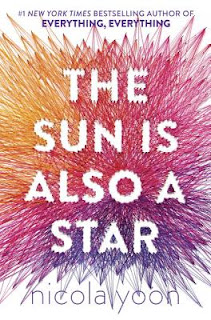 The Sun Is Also A Star by Nicola Yoon (author of Everything, Everything) is one of the most stunning books that I have read this year. It is a love story, it is an immigration story, it is a story of two people, and yet, a story of the universe.
The entire story takes place throughout the span of a day—less than 24 hours in New York City. The story alternates between Natasha Kingsley and Daniel Jae Ho Bae, with a few other points of view along the way. Natasha is an immigrant from Jamaica. She has lived in the United States for most of her life. On her last day in the United States, the day The Sun Is Also A Star takes place, she is trying all that she can to stop her family’s deportation back to Jamaica. Daniel, on the other hand, is a first generation Korean-American, meaning that his parents moved to the United States, and he has full citizenship. On the day he meets Natasha, he is on his way to a college interview, so he can become a doctor at Yale like his parents want. What he wants is to write poetry.
The Sun Is Also A Star is a novel that examines all the tiny ways in which human lives collide, and the way in which your actions can create a ripple effect. Natasha, a budding scientist, believes in “observable facts.” She thinks that love is just a series of chemical reactions. But when she meets Daniel, she has to admit that maybe there is something more.
The Sun Is Also A Star is a beautiful and very real examination of the immigrant experience. How immigrants, especially, know that their lives turn out differently than what they expected. People leave behind homes and family for a strange land where the language is unfamiliar. They can only hope they are allowed to stay and not be deported. They can only hope for a better life for their family. The future is not foreseeable, but every action has a consequence. Loving, even for a short amount of time, is better than not loving at all.


Two people bumping into each other on the street is a minor collision in the gran-scheme universe. What happens afterwards? A 2016 finalist for the National Book Award, The Sun Is Also A Star will have you believing in fate, love, and the ways the universe connects all of us.

Posted by Unknown at 8:03 AM No comments: 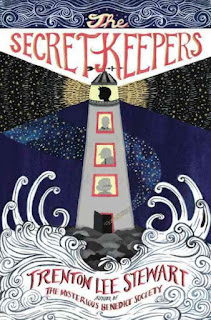 The Secret Keepers is for children ages 8 to 12. Readers will find a hero in Reuben Pedley, a kid who has a proclivity for climbing walls and walking on dangerous ledges 10 stories off the ground. It is during one of these expeditions high up above street level that Reuben discovers a pocket watch hidden behind crumbling bricks. How did it get there? Who does it belong to? And why are the clock’s hands stuck at twelve? Once Reuben narrowly escapes falling off the ledge (and descends by climbing down a drainpipe) he knows that his discovery of the secret pocket watch is a mystery waiting to be solved.

“It seemed like the end of an adventure, and yet somehow Reuben knew—he just knew—it was only the beginning.”

Who are the secret keepers? Follow Reuben as he embarks on the adventure of a lifetime. Fans of The Lord of the Rings and The Mysterious Benedict Society will enjoy this book.

This review originally appeared at The Clarion Ledger.

Lemuria Books has signed copies of The Secret Keepers, and they do ship!

Posted by Unknown at 3:25 PM No comments:

The Darkest Dark by Chris Hadfield, Illustrated by The Fan Brothers 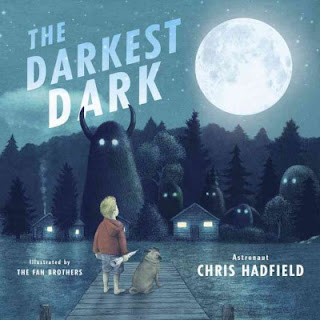 You may recognize The Fan Brothers from their debut picture book, The Night Gardener, which was published in February of this year. Here, they illustrate the story of astronaut Chris Hadfield as a young boy. When Hadfield was a young child, all he wanted to be was an astronaut.
“When it was time to take a bath, he told his mother, “I’d love to, but I’m saving the planet from aliens.”
The Fan Brothers illustrate a young Hadfield with an adorable pug dog named Albert as they use their imagination to fight aliens and fly to Mars in a bathtub. But have you ever heard of an astronaut afraid of the dark? As a young child dreaming of becoming an astronaut, Hadfield was afraid of the dark.
It seemed like his dream was going to be impossible. In the summer of 1969, a young Hadfield eagerly awaited a very special event. The neighbors all gathered around the television to watch the moon landing of Apollo 11. As the astronauts jumped up and down for joy on the small tv screen, Chris noticed something.
“He’d never really noticed how dark it was there. Outer space was the darkest dark ever.”
Watching the moon landing changed his world. “He wanted to explore every corner of the night sky.” The budding astronaut was no longer scared of the dark, and he was ready to chase his dreams.
Chris Hadfield writes in the afterwards, "The dark is for dreams—and morning is for making them come true."
This book is a gorgeous exploration of conquering fears, dreaming dreams, and making those dreams come true.

Posted by Unknown at 8:01 AM No comments: