The simplicity of Nest by Jorey Hurley is astonishing--the spareness of the art, and the economy of language. Just 14 words describe an entire cycle of life, from the building of the nest for a newly laid egg, to that new life maturing, finding a mate and beginning its own family. One word per spread completes the story.

Over the years that I have been in children's books, I have heard many adults cavalierly say that they "have a picture book" they've written. Usually people with little experience reading them to children or studying them to see what makes the successful ones a success and the misfires a misfire. A great picture book is like a fine poem: every word counts.

In Nest, all 14 words count. Because Jorey Hurley is also the book's artist, she can choreograph each word's placement on the page, drawing a child's eye to where she wants them to pay the most attention. Many of the words she chooses do double duty, as both noun and verb or adjective and verb. "Nest" is the place the mother and father robin watch over their sky-blue egg; it also describes what they do when they protect their egg. In the spring, "warm" refers to the quality of rain that falls around them and also to the activity of the mother incubating her egg. When the tree where the robins live bears fruit, the fruit provides a "feast"; it's also a word that means to eat, which they do in the illustration.

As a child lives with the book and returns to it for multiple readings, and as his or her experience of the world widens, these double meanings start to become clear, and the book feels new to the child. Children begin to wonder, what other discoveries can I make? What other ideas are here, hidden on the page (who's holding the other end of the kite on the "surprise" page in Nest, for instance)? What other books of mine have these secret revelations awaiting my newfound understanding of the world? That might not be quite how the child would put it, but these are the connections he or she is making. Most importantly, children begin to see that books are a way to unlock life's mysteries. 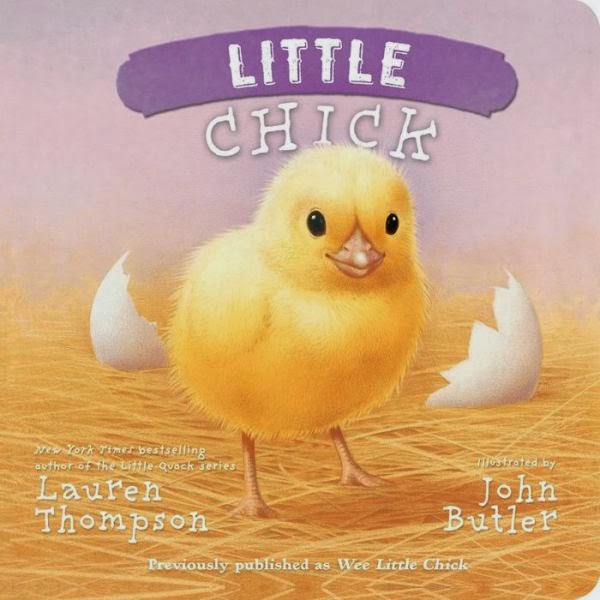 Posted by twentybyjenny at 4:57 AM No comments:

Filling in the Gaps


Poetry, as a form, invites readers to make meaning between the lines. Marilyn Nelson takes this a step further with her memoir How I Discovered Poetry. The poems begin when "the Speaker" (as Nelson refers to the child narrator in an author's note) is just four years old. As she matures, through the course of the book, to age 14, she comprehends more.

But in the 1950s, an era when injustice prevails, even adults are at a loss to understand the inequalities in evidence in American society. These gaps in understanding serve a dual purpose, as a child tries to grasp how the world works, and also the deeper challenge of coming to terms with the aspects that defy understanding.

In a conversation we had for an interview in School Library Journal's Curriculum Connections, Nelson said she was inspired by her friend Inge Pedersen, who’s a poet and novelist in Denmark. "She published a memoir of her girlhood in the 1930s, when Denmark was occupied by the Nazis," explained Nelson. "She told me that each of her short stories shows a gap in a child’s understanding of the world around her. I address the same sort of ‘gaps’ in these poems."

In the poem "Bomb Drill," a hydrogen bomb becomes "the hide drajen bomb." Ducking under their desks to hide from "drajen bombs" in school causes a six-year-old Marilyn to imagine that "maybe drajens would turn into butter/ if they ran really fast around a tree," just like the tigers in Little Black Sambo.

Nelson also bridges gaps of a different nature. She spoke of having a more inclusive world view than her mother did. She remembers wanting everyone to be in her family, as they drove through Kansas, through "miles and miles of nothing" on Route 66, captured in "Pick a Name." "I wanted to write postcards to people, telling them God loves them: 'I love you. [Signed] God.' That’s all I could think about. In a way it’s that plea in the book’s final poem, 'Thirteen-Year-Old American Negro Girl': 'Give me a message I can give the world.' "

By the final poem, Nelson has filled in many of the gaps, the greatest being her own identity--a calling as a poet.
Posted by twentybyjenny at 10:17 PM No comments:


Brian Floca started his 2014 Caldecott Medal–winner Locomotive thinking that he would do a book about how the steam engine operates. He wasn't sure in the beginning where it was going or where it would be set. "In asking those questions, I got to the Transcontinental Railroad," he said. "It then totally upended the book."

As he conducted his research, Floca made discoveries that shaped the course of the story line. He had thought of the crew as the through line, but on the Transcontinental Railroad, there's a change of crews. He followed the path that the train would have taken, which also altered the story. He had been planning to show the train approaching the Rockies, winding its way toward a wall of mountain. But he found that the tracks wind their way in at the gentlest slope, near Cheyenne, WY. "Almost everything that has to do with the landscape is indebted to that trip—even the endpaper elevation map," he explained in an interview for School Library Journal's Curriculum Connections.

It's a great example of how research can change the course of one's thinking. It is true of scientists; it's true for writers and artists. And it's a wonderful example to share with young people: the importance of remaining open and allowing the facts to alter one's thinking. All of these discoveries added to Floca's body of knowledge, but then he also had to decide what to leave out.

Ultimately, Floca decided to focus on one family's journey cross-country. What would they have seen and whom would they have met along the way? Maps of the Transcontinental Railroad's terrain, diagrams of the steam engines, and vignettes of the towns the locomotive passed through add dimension and detail to an unforgettable journey.

Posted by twentybyjenny at 9:42 PM No comments: