The Diabolic by S.J. Kincaid 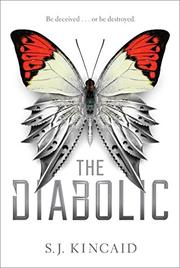 When Senator von Impyrean angers the Emperor for his scientific thought, the Senator is not punished directly. Rather, his only daughter is summoned to the Imperial Court of Chrysanthemum as a political hostage. In order to protect Sidonia, Nemesis goes in her place, undergoing physical alterations to hide her true nature. But can a Diabolic, unfeeling, cold and calculating, and devoid of human emotion, fit in at the Emperor’s court? Sidonia’s very life depends on it.

The Diabolic is full of intrigue, murder plots, and a cast of great characters crafted by S.J. Kincaid. Among these are a brutal Emperor who is trying to quell a scientific rebellion among the Excess, Tyrus, heir to the throne and a lunatic, and of course, Nemesis herself, who must fool the Imperial Court into thinking that she is Sidonia. Who can Nemesis trust in a world where every man is out for himself? A very original retelling of The Prince and the Pauper, The Diabolic is set in a post-earth world, where space reigns supreme and power-games abound at the Imperial Court. Fans of Red Queen by Victoria Aveyard, Illuminae by Amie Kaufman and Jay Kristoff, and The Hunger Games by Suzanne Collins will enjoy this fast-paced story that will have readers holding their breath.
Posted by Unknown at 11:19 PM No comments:

When the Sea Turned to Silver by Grace Lin 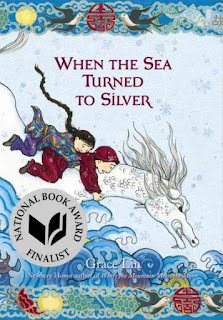 When the sea turned to silver and the cold chilled the light of the sun, Pinmei knew the Black Tortoise of Winter had arrived with his usual calmness.

Grace Lin proves once again that she is a masterful storyteller. Like her two previous books, Where the Mountain Meets the Moon, and Starry River of the Sky, When the Sea Turned To Silver celebrates the act of telling stories, and is filled with small heroes (children) who are able to accomplish great things. All in the face of danger!

Pinmei lives with her grandmother Amah very high up in the mountains. Amah embroiders silks by day and tells her granddaughter, and the villagers, stories by night. There is talk of the Tiger Emperor coming to their village to look for a Luminous Stone that Lights the Night. Nobody has heard of such a thing.

“Amah, these stories aren’t real, are they?” Pinmei asked. “Was there really a tortoise or a Nuwa?”
Amah spooned the rice from the pot. She handed Pinmei her plain bowl, the cooked grains shining like a mound of pearls against the dark pottery.
“They say when you see a rainbow in the sky, you are seeing Nuwa and the colored stones she put there,” Amah said. She gave Pinmei a smile, her face wrinkling like the pit of a peach. “Whether you believe that or any of the things I tell you is up to you.”

But when the Emperor’s soldiers arrive in the middle of the night to take Amah, Pinmei must hide in an old gang, or large clay pot that used to hold wine. Pinmei holds her breath, terrified out of her wits, wondering why in the world the Emperor himself would show up to kidnap her grandmother!

Along with Yishan, the boy who lives higher up the mountain, timid and shy Pinmei must find the courage within her to rescue her grandmother.

Lin’s own gorgeous illustrations can be found inside the book, where the stories are illustrated in jewel-like tones. Set in a re-imagined Ancient China, ancient Chinese folklore is an evident influence in Lin’s stories. When the Sea Turned To Silver is beautifully written and I think that children ages 8-12 will relate to Pinmei and Yishan, and will enjoy accompanying the two children on their journey to rescue Amah.

When the Sea Turned to Silver was a National Book Finalist for 2016. Congrats to Grace Lin!
Posted by Unknown at 8:27 AM No comments:

The Journey That Saved Curious George: The True Wartime Escape of Margret and H. A. Rey: Young Readers Edition by Louise Borden 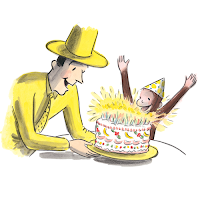 This year, Curious George celebrates a birthday of 75 years in print! However, the curious little monkey that children have come to know and love almost never became a children’s book character. His creators and illustrators, Hans and Margret Rey, were World War II refugees. The amazing story of the Reys and their journey is detailed in a wonderful book by Louise Borden entitled, The Journey that Saved Curious George: The True Wartime Escape of Margret and H.A. Rey. Borden did most of her research at the De Grummond  Children’s Literature Collection at the University of Southern Mississippi. The de Grummond houses the original papers and artwork of over 1,200 children’s book authors and illustrators. The Journey that Saved Curious George is illustrated by Allan Drummond and contains photographs of Hans and Margret, as well as letters from Hans’ personal journals. The story of how Curious George came to be is one of the most fascinating tales in children’s literature. 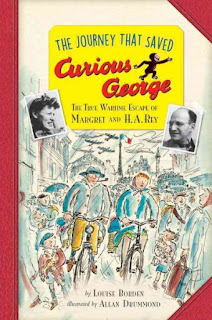 H.A. Rey was born Hans Augusto Reyersbach in Hamburg, Germany. In 1906, Margarete Waldstein was born the same year that Hans turned eight. Both Hans and Margarete grew up in Jewish families in Hamburg during the turn of the century. They were also both artists--Margarete even studied art and photography at the Bauhaus. Hans went on to fight in World War I, but he loved drawing funny pictures more than being a soldier. After Germany lost the war, he moved to Brazil in 1925. This is where he began to draw monkeys, since they were everywhere! Ten years later, Margarete visited Brazil in search of adventure, and she knew that a family friend, Hans Reyersbach, was working in Brazil. The two artists married in August of 1935, and soon after, they shortened their names so they could be pronounced easily in Portuguese. Margarete became Margret, and Reyersbach became Rey. Hans began to sign maps and other posters he created “H.A. Rey.”

With two pet marmosets, they took a honeymoon trip to Europe. They ended up staying in Paris for the next four years, during which time Hans & Margret began writing and illustrating books for children. In particular, this was when the couple created the story and illustrations for The Adventures of Fifi, a story about a monkey who was always getting into trouble. World War II began in September of 1939, and the Reys moved to the South of France. Here, Hans finished The Adventures of Fifi in 1940, and signed contracts with Chatto and Windus, a publishing house in London, and Gallimard, the publishing house in France.

Back in Paris, the Reys did not have much time as the Germans began to occupy Belgium, Holland, and Luxembourg. They were German-born Jews, and knew they had to flee. So on June 12, 1940, on two bicycles that Hans assembled himself, the Reys left Paris in a mass exodus that was fleeing the city. The manuscript and illustrations for The Adventures of Fifi, among other stories, were among the only possessions they took with them in baskets strapped to the bikes. Two days later, on June 14, 1940, the Nazis would raise their flag to hang from the Eiffel Tower. The Reys escaped just in time.

Their journey was not over yet. It took them more than a month to reach Portugal and safely board the Angola, the ship that would take them to Brazil. From Brazil, they took another ship to America, and in October of 1940, they saw the New York City skyline. Finally, the Reys--and their story for children--were safe.

Late in 1940, the Reys were offered a contract for four stories from Grace Hogarth, an editor the Reys knew from British publisher Chatto and Windus. Hogarth had also left Europe and was now an editor for Houghton Mifflin. All four stories were carried with the Reys on their bicycles. As for The Adventures of Fifi? It was renamed Curious George, but it featured the same mischievous monkey that has been charming the hearts of readers for 75 years.


This article originally appeared in The Clarion Ledger
Posted by Unknown at 9:15 AM 4 comments:

We Found a Hat by Jon Klassen 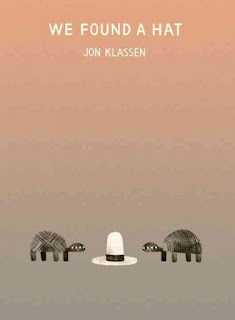 Two turtles. One cowboy hat. Who will wear the hat? We Found A Hat is a picture book told in three parts in the desert, in the style of a silent Western Film that introduces the upcoming scenes. Klassen is the master of sly humor. How can one turtle's eyes convey so much expression? Nevertheless, without them saying much, the readers can imagine what the turtles might be thinking. The text of the turtle that is speaking appears on the same page as the illustration of the turtle. 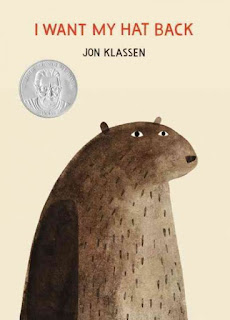 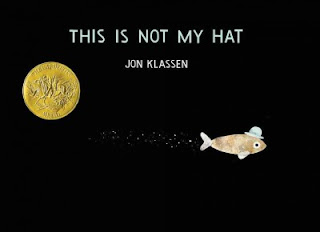 As the sun sets in the desert in We Found A Hat, the turtles both try on the hat and try to forget that there is only one hat, and two of them. When one turtle says to the other, “What are you thinking about,” the other turtle replies, “Nothing.” His eyes slide to the left in slow-motion, where he is clearly eyeing the hat on the opposite page.

With pared down text, this conversation between two turtles is the perfect bedtime story to read aloud. Which turtle will wear the hat in the end? Read this book and find out!

Posted by Unknown at 9:31 AM No comments: