Charlotte's Web Turns 65: Here's What to Read Next 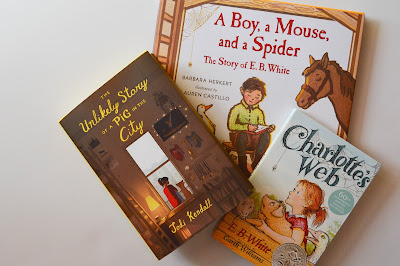 Maybe there was a time before, when I loved books and loved stories. But I like to think of my life as before and after. Before Charlotte’s Web, I listened to stories. After Charlotte’s Web, I read them.
For every bibliophile, story-addict, or word-junkie, there is a book, or a story, that turned the tables. So, living my life in a post-reading Charlotte’s Web world, I am always drawn to stories that remind me of the friendship between Wilbur and Charlotte, strong girl-characters like Fern, and comedic entertainment in Templeton the Rat.
And as Charlotte’s Web turns 65 this year, here are two recent stories that will take you back to the wonder of ‘SOME PIG’: 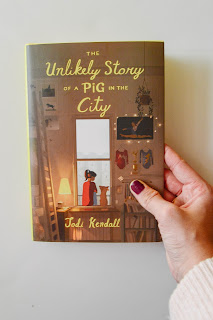 This story opens on Thanksgiving Day, at the dinner table. Josie Shillings’ college-aged older brother Tom brings home a baby pig he has named Hamlet who was the runt of the litter. Josie’s father is adamant: “Not a chance,” Dad said, pointing at Tom with a silver fork. “Pigs don’t belong in the city.” It is Josie who comes to the rescue, convincing her father to let her keep the pig, on the condition that she finds a home for it by New Year’s. Josie must juggle her upcoming gymnastics competition, surviving close-quarters living in a large family, a grumpy next-door neighbor, and buying pig-food for Hamlet, who is rapidly growing into quite the porker. You will fall in love with Josie’s determination, Hamlet’s antics, and the Shilling family. As Josie’s favorite book is Charlotte’s Web, there are references to E.B. White’s classic as well. 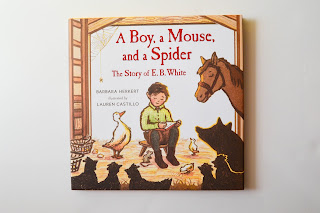 A Boy, A Mouse, and a Spider: The Story of E.B. White by Barbara Herkert, illustrated by Lauren Castillo
Have you ever wondered by “E.B.” stood for in this children’s author’s name? Turns out, his full name is Elwyn Brooks White. In this beautiful picture-book biography, the story of E. B. White’s childhood, from his life-long love of animals, to his fear of public speaking in school, is truly a one-of-a-kind story for young children who want to know more about E.B. White. Lauren Castillo, who won a Caldecott Honor for her book, Nana in the City, truly captures the essence of New England summer nights, Elwyn’s shyness, and the beauty of his surroundings, and his friendship with animals. Whether it was a mouse in his pocket, who turned into the inspiration for Stuart Little, a spider’s web in the eaves of his barn with a certain Charlotte A. Cavatica at it’s center, E.B. White’s story shows us that his every-day surroundings, while simple, were filled with moments of wonder that he translated into timeless classics for children.